You’ve known people like William and Jenna … absolutely giddy with the news that they’re going to have a baby!

They found out last July. They were so thrilled! But by January, they were reeling. Jenna was in the hospital. Medical complications mounted. The baby would be coming early — dangerously early.

When little Cooper was born, at barely 34 weeks — weighing just 3 lbs. 3 oz. — he went straight into the neo-natal intensive care unit (NICU) at Women & Infants Hospital. And an exhausted mommy and daddy urgently needed a place to stay, to be close to their struggling baby.

Thanks to the generosity of caring supporters, the doors of Ronald McDonald House of Providence were opened to them, during their darkest days.

RMH Providence became a place of refuge for William and Jenna. It was place to recharge and regroup and sleep, just a few steps from the hospital where their son was fighting for life.

They could never have seen this coming. It’s been a hard journey. Yet it started out so beautifully…

From the time they learned they were going to be parents, they worked with a midwife, planning for a natural home birth. Each visit indicated that the pregnancy was going well. They were eagerly anticipating a March 2nd delivery.

But then, something shifted. By mid-January, the diagnosis was sure: preeclampsia. The storybook pregnancy was shattered. “We were devastated,” William says.

In spite of treatment, Jenna felt worse and worse. Doctors tried to induce labor, but after a long and difficult day, it was clear that a C-section was needed.

Soon Jenna was discharged — but the baby stayed behind. It was awful for his parents. “We wanted to see him, feed him, hold him, change him, and do everything we could for him, as much as possible,” William remembers. “We worried and wondered about him anytime we weren’t at the hospital.” Traveling back and forth between home and hospital was draining.

But thankfully, the Ronald McDonald House was here for them. “From the moment we entered that house, we felt welcome and cared for,” William says. “There was always food available, our room was very nice, they asked so little of us … and everyone in the house was so kind. This allowed us to focus our energy and attention on our little preemie.”

Staying only steps from the hospital, William and Jenna were able to spend most of every day in the NICU with little Cooper. They could interact with the doctors, get frequent updates, hear about the medical plan for each new day.

And Cooper did great. “He was a quick learner,” William laughs. “He pulled his CPAP out the first night and never needed it again!” He began making each new milestone — and after 16 very long days, William and Jenna finally took their baby home.

Now 6 months old, Cooper is doing great! “Our family is happy, healthy — and tired!” daddy reports. William and Jenna are grateful for Ronald McDonald House of Providence. “There were such amazing people there for us when we needed them the most” William says. 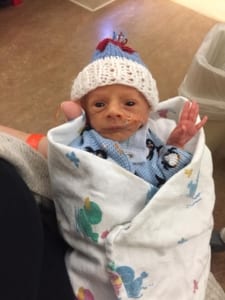 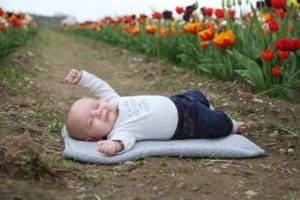