Shannon Hegy is the Emmy-nominated anchor of Eyewitness News at 5, 6, 6:30, 10 and 11 on WPRI-12. In her career, Shannon has covered a number of major stories, but it was a story that affected her personally, that is the closest to Shannon’s heart.

At just two months old, her son Carter came down with bacterial meningitis in September 2017.

He spent nine weeks in the hospital bravely battling the potentially-deadly infection. Shannon shared “Carter’s Story” with Eyewitness News viewers to spread awareness about bacterial meningitis and encourage other parents to trust their instinct.

The Ronald McDonald House became Shannon and Matt’s home away from home during that difficult time in their lives. Having a room to sleep and shower in, or just breathe after a long day at the hospital meant so much.

Two years prior to Carter getting sick, Shannon emceed a gala for RMH Providence, never imagining her family would need their services one day. She’s thrilled to pay it forward, and help RMH continue it’s great work! 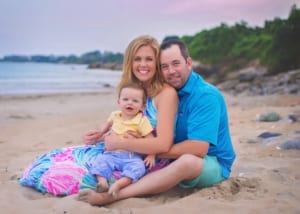