Hello my name is April. In the past year I have bought a house with my fiancé, got engaged and was blessed with a baby girl in November (right before Thanksgiving). If you asked me to this day what I am thankful for, it would be for Miss Kiera Aubrey. After Kiera’s birth and adjusting to being a first time Mom things were great. On maternity leave, although Kiera was sick quite often, Kiera and I spend every day cuddling and bonding as much as we could before I had to go back to work.

In January I started getting migraines and was starting to feel slightly depressed. I went to my doctor and received medications to try for both. Days started to fly by and before I knew it I was starting back to work on February 20th. My fiancé and I seemed to adjust well to the new schedule and the baby was catching on quickly as well. Slowly without me noticing my depression started to get worse. Then one day I woke up feeling different and I didn’t know I would shortly become a person I never wanted to be.

It was Monday, April 24th and I woke up like I normally would, got ready for work and kissed my fiancé and baby goodbye. As soon as I got to work it was like a demon took over my body, I was emotional I was hopeless and I was definitely not myself. I spoke to my manager and she thought no nurse should work under this condition and sent me home to make a doctor’s appointment. I was unable to get an appointment that day but I was scheduled for first thing the next morning. That night I went to bed with racing thoughts, increased anxiety, increased depression, feelings of self-harm and feeling unconnected to the world.

The next morning I went to the doctors (OBGYN) and vented about all my racing thoughts, and self-harm feelings. Due to the self-harm feelings the doctor felt like it was necessary for me to go to the emergency room right away. I was escorted to the ER by an employee to make sure I actually went there.

The ER was not busy and I was evaluated immediately. After waiting most the day in the ER, I was on my way by ambulance to a psychiatric facility. As soon as I was being wheeled in, I felt like I was in jail. They took all my belongings and made me wear blue paper scrubs. I knew that I was not doing well with my Post-Partum Depression but I feel like this was definitely not the place for me. When meeting with my intake nurse that night I asked to be given a 24 hour notice to sign myself out. She informed me I would still see the doctor in the morning for team meeting. The next morning, I woke up and couldn’t wait to get myself out of that place. Team meeting came and they increased one on my medications and that was it. Around 2pm, I was discharged and going home with my fiancé. I had a follow up appointment scheduled with my OBGYN doctor the next week for a follow up. I went in having a meltdown. I was now feeling much worse and needed help but refused to go back to where I was the week prior. The three of us discussed other alternate treatment facilities, which was when my doctor told me about the Women and Infant program in Rhode Island that specializes in Post-Partum Depression. Immediately my fiancé and I said “How do we get in? We want to go.” After a couple of phone calls, we were lucky to get an intake appointment the next morning. We went home that night with excitement that this might be the place that could help and change everything. The night couldn’t have flown by quicker, the next morning we got up super early to be in Rhode Island for 9am, leaving the baby behind with my mother. I completed the intake with a counselor and immediately she told me I qualified for the program but my insurance may not cover it. She had to fight for it which she did, I was able to start the program the next week.

The next question was “Where are we going to stay?” I had asked the counselor during the intake and she stated they would set me up at the Ronald McDonald House and we would only have to pay $10 a night. This seemed weird to me and I am not going to lie, I did not expect it to be anything like it was. From the moment we walked in the door we were greeted and asked if we needed anything. We were given the tour and it was absolutely amazing. I can’t even describe how the place looks and how friendly and helpful the staff and volunteers are. It honestly is breath taking and made me feel like I was home away from home in a place I had never been. The Ronald McDonald House allowed me to stay there and complete the Women and Infant program two blocks away and if it wasn’t for them it would not have been able to get the care I needed. The Ronald McDonald House changed my views on a lot of things which makes me just want to give back. I have started collecting items they may need and even can tabs for them to cash in. I would recommend the Ronald McDonald House to anyone and would like to thank them from the bottom of my heart for everything they did for me the 10 days I was there with my child and family. 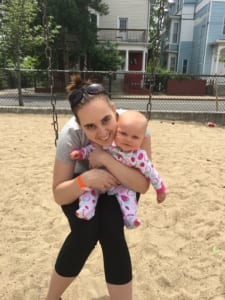